The Lougheed House received the 2017 Leadership Award for Engagement for the Beltline AlTOURnative Project. In this post, the project team shares their story of engaging Calgary's Beltline community in a new and different way. 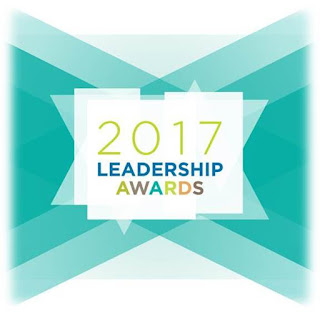 The Lougheed House is known for traditional Victorian grandeur, and as a sandstone sentinel of the prairie. The House offers interpretive tours that contextualize its historical and current place in the growing city of Calgary throughout its’ 125 years of history. However, there are many additional stories that could be wound through and around this local landmark; stories that are challenging yet necessary to tell.

The Beltline AlTOURnative Project was an experiment in museum voice. The project involved inviting four local Beltline residents to present an interpretive experience in the House based on their own research and personal perspective. Access to the house, library, and archives was provided as they developed the tour. What they presented was up to them. Postcards were sent in the mail to every Beltline resident, inviting them to come to a free tour given by one of these four participants. The Beltline AlTOURnative Project was unique because it expanded the realm of the House’s history. It allowed the House to share stories that are not traditionally part of the organization’s public offering.

Staff learned how pervasive the institutional qualities of the museum are. We are subject to assumptions and prescribed behaviors because of the popular notions of museums. It was challenging for the participants to overcome their perceptions and to trust in their own right to interpret the space. The Beltline AlTOURnative Project represents the first time that Lougheed House invited individuals with different types of expertise in to interpret its stories. The resulting four experiences were unique gifts to everyone involved. The majority of visitors at the series had never been to Lougheed House; they reported a desire to return, as well as increased interest in exploring Alberta history and their places within it. The experience of exploring history from their own perspective, and their subsequent public communication of their knowledge and experience, was empowering for both guides and visitors who were able to see stories like theirs reflected in the House.

“I’m grateful to have had the time to do this research and to share what I found with the community. Women’s stories have continually been left out of the museums and official histories; which over time left me less than enchanted with the establishment as it not so subtly cut out the contributions of my gender in history. In my lifetime there has been a great call to include women’s accomplishments as young, motivated women look for the hidden role models that came before us. I hope that more museums could open their doors to more research and showcasing of the actions and contributions of women and minorities.” – Camille Betts, Participating Artist

This was truly a community project and it couldn’t have been carried out without the participant guides to whom the Lougheed House is profoundly grateful. Funding for the project was provided by Calgary Arts Development Association’s Small Experiments Grant. Additionally, the House is grateful for the AMA’s Operational Staffing Grant which helped support this project. Finally Lougheed House is indebted to the communities that it serves, who propel us to do our very best in stewarding their grand House.

Posted by Alberta Museums Association at 14:23 No comments: